Clockspring thinks on his past and changes his future.

As a big kid, the boy who would one day become Clockspring played football in high school... though he didn't enjoy it and wasn't very good at it, and ended up breaking a leg on the field. Needing two surgeries and four months of bed rest, he ended up gaining even more weight, but he didn't mind thanks to Cate Aiken. Cate was a "rally girl", a cheerleader assigned to assist him as a member of the football team, but Cate did far more than what was expected of her — she spent hours with him at the hospital, sharing gossip from the halls and watching movies together... due, in part, to the abusive family waiting for her at home. Still, "Clockspring" knew that he was what she needed and would be safe with, and after he got out of the hospital, he decided to make it official... but on seeking her out for his romantic gesture, he saw Cate kissing a rower from the varsity team.

Clockspring jumps when Firewall asks him what he's looking at, making excuses about looking at Reddit for work in order to learn Python, but the administrator sees straight through his words and isn't impressed. She doesn't even care that he's goofing off and taking a breather; she's more bothered about the excuses he makes, and how he flinches when he sees her. To do what he does, Clockspring doesn't just need to be smart, he needs to be tough, and Firewall isn't confident that he can handle it. In the hall outside, Lady Jaye greets him as "Chrome-Dome", and he nervously corrects her, irritating Jaye; Clockspring's inability to take a joke and know a friendly nickname when he hears it seems to prove that he isn't enough of a member of the team.

Without his place on the football team and with his new-found hatred of Cate, "Clockspring" felt more alone than ever. With nothing else going on in his life, he retreated to his computer and got deep into programming and writing freeware, which led — two years later — to Carnegie Mellon University. Even there, however, he felt like an outcast, unable to summon the passion of the radical, politically-minded geeks that were the "cool kids" at the college — and besides, his trouble with women bothered him more than any "government oppression". After breaking up with a girl who he found boring, "Clockspring" met Holly, a coffee shop barista trying to save money to get away from a scummy boyfriend; fascinated as she was by computers and information manipulation, the young man showed her some legally-grey techniques to help her out.

Tomax Paoli enters Clockspring's workspace, knocking on the door as a "precautionary measure" since learning that there are cameras in Chameleon's shower unit. Clockspring is outraged by Tomax's jabs and by the suggestion that he take his mind off Chameleon with one of the many more available women in Las Vegas; Tomax sees his response as stemming from his pride — pride that is well-deserved, though he may not feel like it is, surrounded as he is by "warriors". Paoli points out that Clockspring is one of the most exceptional men on the planet, with skills that maybe a hundred other people have, but that the rest of his team — while they might appreciate it — hardly respect it. He suggests that Clockspring talk to Bet, one of the Joes' captive Night Creepers, and though Clockspring is appalled by the idea of speaking to the terrorist, he can't help but be intrigued when Tomax explains that Bet built a Van Eck phreaking device with incredible range and accuracy — and that he's currently being interviewed by grunts far less qualified to do so than Clockspring.

One night, while messing around on the deep web, "Clockspring" found a message from a group looking for highly intelligent individuals — an elaborate scavenger hunt of clues leading to ever more difficult clues. Believing it to be planted by the NSA, the student followed the clues despite the dead ends and decoys, even writing his own piece of decryption software to crack the code, and eventually found the final message: a meeting time and place... but the agency that met him there wasn't the NSA, but G.I. Joe! Working as an I.T. specialist for the Joes was a dream for Clockspring, who was able to work on anything he wanted with an unlimited budget to make the Joes' tech better... until he was assigned to the intelligence unit and had his resources and responsibilities cut down, and started working closely with Chameleon.

Clockspring has never been in a war, but his systems and software have taken — and saved — countless lives... and as he sees it, Flint doesn't care, and thinks that he's saving the world by himself. He and the Joes are mistreating Chameleon, taking her out into the field when she should be safe and doing clerical work — and he could fix it. He could protect her. He's the good guy, even if she doesn't see it, and would rather be with Flint. But as he travels down to the detention level where Bet is being held, Clockspring makes a decision... if the good guy can't win, it's time to stop being the good guy.

"What the hell are you looking at?"
"Gah! Firewall! It's, uh... a website called Reddit. It's kind of a social news site. But this is for work. I'm trying to learn Python because so many -"
"Don't try to confuse me with computer jargon. I took my name from computer jargon. Also, I'm the ops administrator of this installation. I know the difference between working and goofing off."

"Have you spoken at all to Bet? He's one of the two Night Creepers we have in detention."
"Spoken to him? Tomax, he's a terrorist!"
""Terrorist." Pf. The man is a capitalist. A thief at the worst. He unencumbers governments of dangerous technologies and makes them available to the people that financed them in the first place. Or those that would be illegally targeted. The man is Robin Hood."

"It really should tell you something that the only person who even talks to me around here is a criminal mastermind and terrorist. If he's the only one who goes out of his way to be nice to me, what does that say about the rest of these people? I know I could make Chameleon see that. See how wrong she is to be with him."

—Clockspring is kind of a creep. 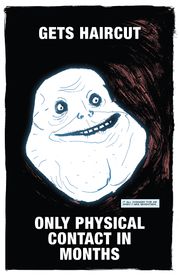 Unlike "Gangnam Style" references, this was weird even in 2013.